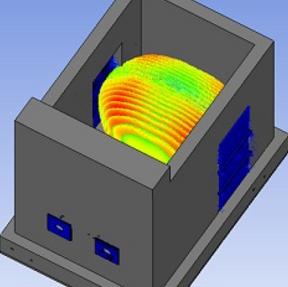 Our plant hazard mitigation specialists provide professional plant safety simulation to support plant hazard, risk and consequence assessment in the chemical, petrochemical, hydrogen synthesis, LNG plants and all major hazard facilities. Our in-house PhD-qualified chemical process engineers ensure the boundary conditions employed are accurate, the numerical setup is appropriate to the problem, the simulation results are realistic and the recommendations are feasible.

​Accidents in a chemical plant can be divided into fires and explosions (42%), fires (29%), vapour cloud explosions (22%) with the remaining 8% attributed to floods and windstorms. Economic loss is consistently high for accidents that involved explosions. The most damaging type of explosion is an unconfined vapour cloud explosion, where a large cloud of volatile and flammable vapour is released and dispersed through the plant site followed by ignition and explosion of the cloud. Toxic release typically results in little damage to capital equipment, although the resulting personnel injuries, employee losses, legal compensation, and clean up liabilities can be significant. The most common root cause for toxic release is mechanical failures such as pipe failures due to corrosion, erosion, high pressure and seal/gasket failures (Source: Crowl & Louvar [2011] Chemical Process Safety, 3rd Edition, Prentice Hall).

Our blast consultancy firm provides third-party independent blast effects analysis (BEA) assessment to determine the adequacy of a bunker's design with respect to the storage of munitions or high-pressure piping and pressure vessels, often located in a major hazard facility. Our blast consultants begin by studying the existing storage facility, researching on the explosives being stored, building the 3D model and simulating various scenarios such as the locations of detonation and the amounts of explosive charge.

​UFC-3-340-02 guideline stated that the overpressure produced by an explosion that occurred inside a confined space would be amplified. This statement was supported by an independent study of urban blasts which determined that the confinement provided by the street buildings could increase the peak reflected overpressure by a factor of 4 times. In other study, it was determined that the blast wave propagation inside a tunnel or chamber had also showed that not only the peak overpressure generated in a confined space was higher than those produced from an explosion that occurred in open space, the duration of the blast wave was longer. This also enhanced the impulse, which was defined as the area under the overpressure history and was representative of the total energy imposed on the structure, thus the opportunity of survivability of the structure, or its elements were reduced.

From the simulation results, our comprehensive blast effects analysis report will answer the following questions:

where are the damages located?

- What is the maximum amount of explosives that can be

safely stored to avoid damage to the bunker?

- Are the concrete walls and its underlying reinforcement bars

capable of containing the blast waves?

- Will the bunker's walls be breached or collapse?

- Can the bunker's door withstand the blast wave?

- Are the door frame effective against the door being punched

out of the bunker by the blast wave?

- How far and how fast will the fragments fly?

- Will personnel working around the bunkers be injured by

flying fragments if an explosion was to occur?

- What is the degree of collateral damage on neighbouring

- What are the values of blast load?

​- What is the probability of sympathetic detonation occurring?

- What reinforcement design is required to ensure personnel

working outside the bunkers are protected?

- How effective is the reinforcement design?

​Major hazard facilities (MHFs) are industrial sites such as:

A few examples of major accidents that occurred in a major hazard facility are:
- Release of toxic material
- Release of flammable or combustible gas with gas/air mixture within LEL and UEL

- Incidents due to sabotage

​​​Our consultans provide modelling and simulation services of cryogenic materials for the purpose of providing consequence analysis. One of the flammable cryogenic materials is liquefied natural gas (LNG), particularly during its storage and distribution. The consequence analysis services we provide include: ​(1) Simulate gas pipe explosion. For example, our simulation will show that since LNG has a high vapour pressure and if left unchecked the pressure build up can rupture the pipe and the blast wave may compromise the bunker’s structural integrity. (2) If there is an LNG leakage but no explosion, the escaped LNG will form a pool. We have the experience to simulate LNG vapour cloud dispersion and through our comprehensive LNG gas dispersion analysis, we will determine, based on the environmental condition, how far and at what concentration does the LNG vapour cloud spread. (3) For the methane gas that vaporised from the LNG pool with concentration between LFL and UFL, we can simulate vapour cloud explosion and determine the consequence with respect to nearby structure and personnel. 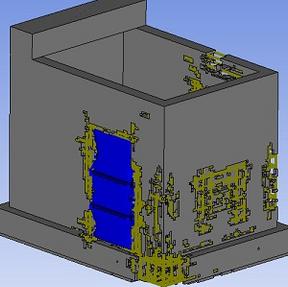 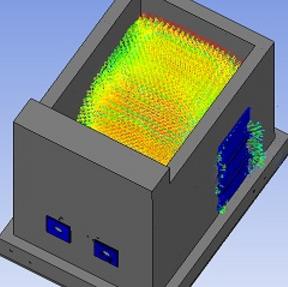 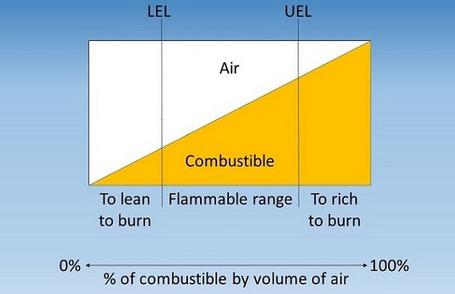 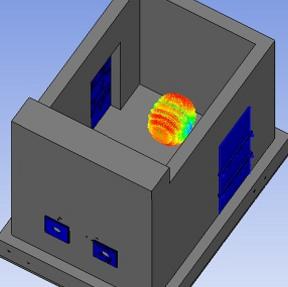 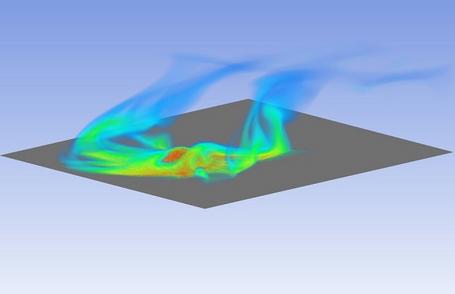 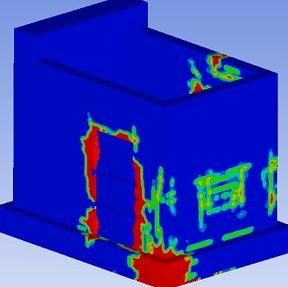 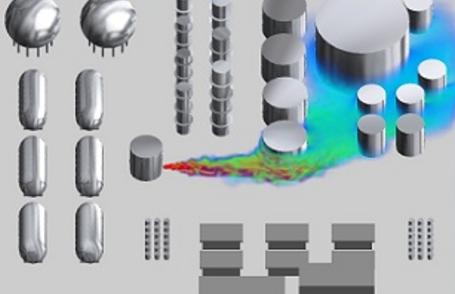 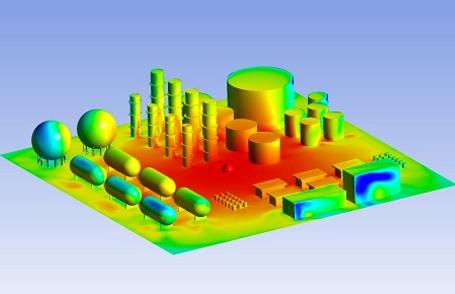 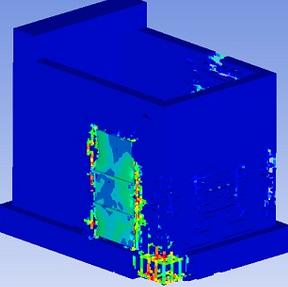