As blast mitigation consultants, our explosion mitigation design are incorporated during the design stages of a building. Key considerations include selection of site and understanding the environment and terrain; positioning and orientation of the buildings within the development; landscaping to create security buffer and provision of car parks and internal access roads within the development. Further considerations include the structural scheme, curtain walls and facades, locations of car parks, locations of critical assets and areas of mass congregation. In addition, our pipe explosion consultants also provide blast mitigation services to chemicals and petrochemicals plant to protect personnel against blast wave emanating from pressurised pipes or vessels explosion.

​Incorporating physical security concepts into the initial architectural design of a project is the most efficient and cost-effective way to achieve the required security level. Apart from the financial benefits of early planning, by considering the security aspects from the onset enables architects and planners to work with security consultants to blend the required protection elements into the design of the facility to satisfy both security and aesthetic requirements.

This publication containing the guidelines for enhancing a building security in Singapore context has been prepared by Joint Operations Group - Singapore Ministry of Home Affairs.

As one of the leading blast mitigation specialists providing explosion mitigation design to protect building infrastructure from the damage inflicted by a blast wave created by an explosion of an energetic product or a blast wave created by a pressurised pipe explosion in a chemical or petrochemical plant, it is our intention to share these papers, hoping to create awareness for our readers. These papers have been compiled by our pipe explosion consultants.​​​ 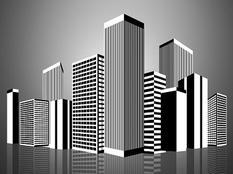 The National Guidelines for Protecting Critical Infrastructure (CI) from Terrorism (the Guidelines) provide a framework for a national, consistent approach on the protection of CI from terrorism for the Australian, State  and Territory governments and business.  They are designed to aid owners/operators of  CI in their discussions with jurisdictions (including the Australian Government) about protecting CI from terrorism. The Guidelines recognise that the treatment of individual
CI assets will depend on an assessment of  the criticality of the asset in question, the  nature of the security environment and the  risk profiles for that asset or relevant sector.

All governments recognise that the threat of terrorism is enduring and requires sustained mitigation efforts. An intelligence-led, risk informed approach is required to develop adequate levels of protective security for Australia’s CI, minimal single points of failure, and rapid, tested recovery arrangements. Although governments have a role in the protection of CI, it is a matter of responsibility and good corporate governance that  owners/operators of CI address the security of their assets and continuity of their business.  Owners/operators of CI should consider terrorism as one of the hazards in an ‘all hazards’ risk management approach to their operations. Governments need to work with business to provide sufficient information on which  owners/operators can base their decisions. All jurisdictions regularly review their administrative and legislative arrangements to better address the terrorist threat. 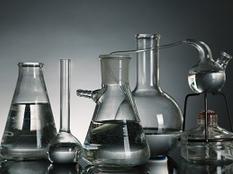 A chemical is a material that may pose a health hazard or physical hazard, and included compounds that are toxic, flammable or corrosive. Chemicals vary greatly in toxicity – some are highly toxic and can cause immediate or delayed symptoms, others are less toxic and pose a less immediate threat or no threat at all. Chemicals in a gas or liquid state generally lead to greater exposures than solid chemicals. A chemical weapon is a device or mechanism designed to deliberately deploy a harmful chemical. Chemical weapons use the toxic properties of chemical substances, rather than their explosive properties, to produce physiological effects on victims. The toxicity of the chemical, and its concentration when it reaches people, both determine the severity of the exposure. The concentration of a chemical in the air is determined by a range of variables, including:
- The volatility, state, vapour density and persistence of the chemical;
- The presence and strength of environmental factors (e.g. wind, rain, humidity); and
- The environment in which the chemical is released eg. enclosed spaces can expose people to more concentrated doses​​

Critical infrastructure is vital to the social wellbeing, economic prosperity, and environmental values of the people of New South Wales (NSW), Australia. NSW infrastructure needs to withstand the shocks of natural, technological, and malicious hazards to continue operating, be returned to service as soon as possible after any service disruption, and address long-term stresses such as climate change and population growth. The NSW Critical Infrastructure Resilience Strategy 2018 complements recommendations within the 2017 State Level Emergency Risk Assessment and the NSW State Infrastructure Strategy 2018-2038. It builds on previous work including the Commonwealth’s 2015 Critical Infrastructure Resilience Strategy and COAG’s National Strategy  for Disaster Resilience.

This strategy is the result of a collaborative partnership between government, the NSW community, and infrastructure owners and operators. A dedicated working group, established by the State Emergency Management Committee, has coordinated a discussion paper and industry consultation sessions to produce this five-year strategy. It demonstrates the commitment of all parties to work together to build a strong and resilient NSW that can withstand, adapt and thrive when threatened by emergencies such as bomb blast of a building by terrorists.

A large and diverse number of industrial, agricultural and veterinary chemicals are legitimately used by individuals and organisations every day throughout Australia.  However, some of these chemicals have been diverted from their lawful use for other purposes, including terrorist related activity. The Council of Australian Governments (COAG) has identified 96 chemicals that require priority risk assessment. The list of these chemicals, entitled Chemicals of Security Concern, can be downloaded by clicking on the icon.